Different Types of Fireplaces for Your Home

Looking to restore your home with authentic period features? Keen to inject some antique charm into your new build? There’s no better place to start than with the focal point of your living space; the humble fireplace. There are many different types of fireplaces to choose from, ranging from the ornate and grand to the simple and rustic. Explore our guide to different styles of fireplaces and discover a treasure trove that spans iconic design eras. 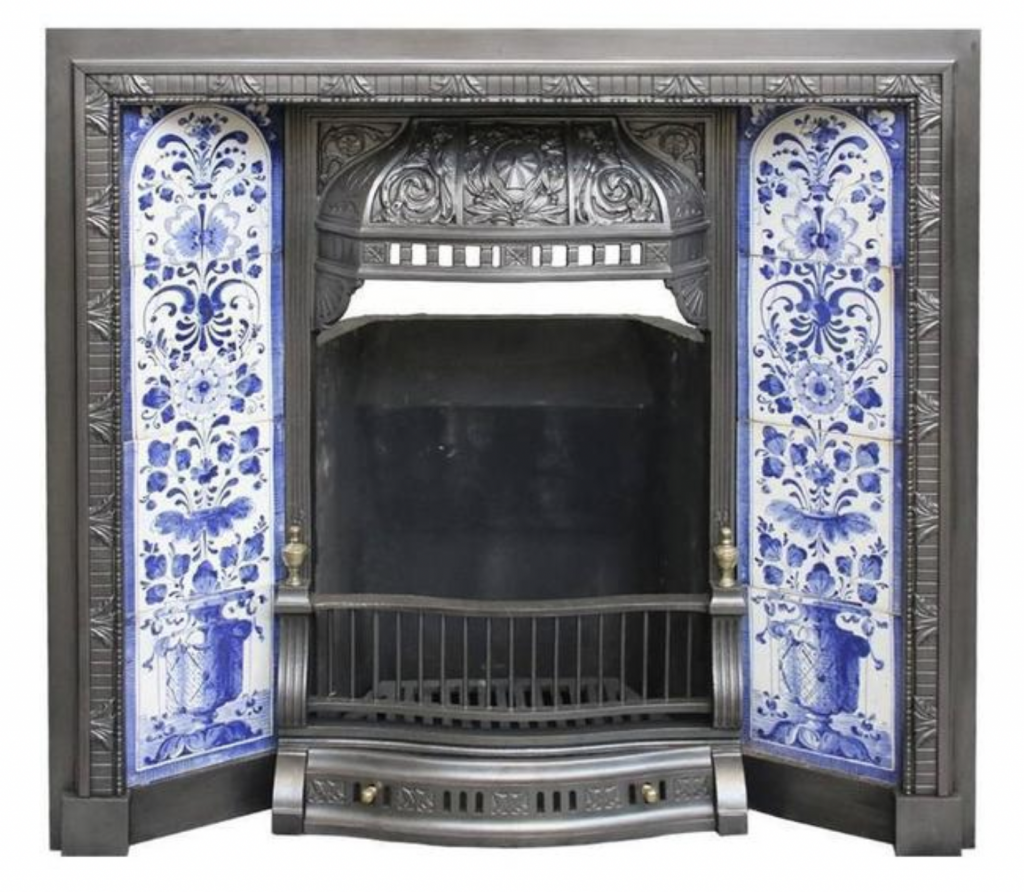 If you have gorgeous high ceilings, cornice, and honey-hued original wooden floorboards, nothing looks more striking than a period cast iron fireplace. The fireplace style can be split into two significant sub-types.

The ornate and heavily embellished early-Victorian cast iron fireplaces can be dated from 1837 to 1860. The casting of the iron focused on organic shapes and natural forms. Thistles, flowers, buds, vines, and leaves were common motifs. The later Victorian cast iron fireplaces were more geometric and angular. With cleaner lines and less fussy decoration, these are often restored and installed in period modern homes.

Yet, the pièce de résistance of Victorian cast iron fireplaces was the tiled surround. These tiles are seen as works of art. You can create a characterful living space with an outlandish sequence of Idylls of the King Minton tiles if you want your fireplace to tell a story. Or perhaps depictions of angelic cherubs in Victorian blue and white would fit your interior scheme. And for a truly bespoke look, you could add a relief pattern to your surround with a colourful Majolica motif.

This type of fireplace will breathe life into your period home and add interest to a newer property. All you need to do is select the perfect example for your home. 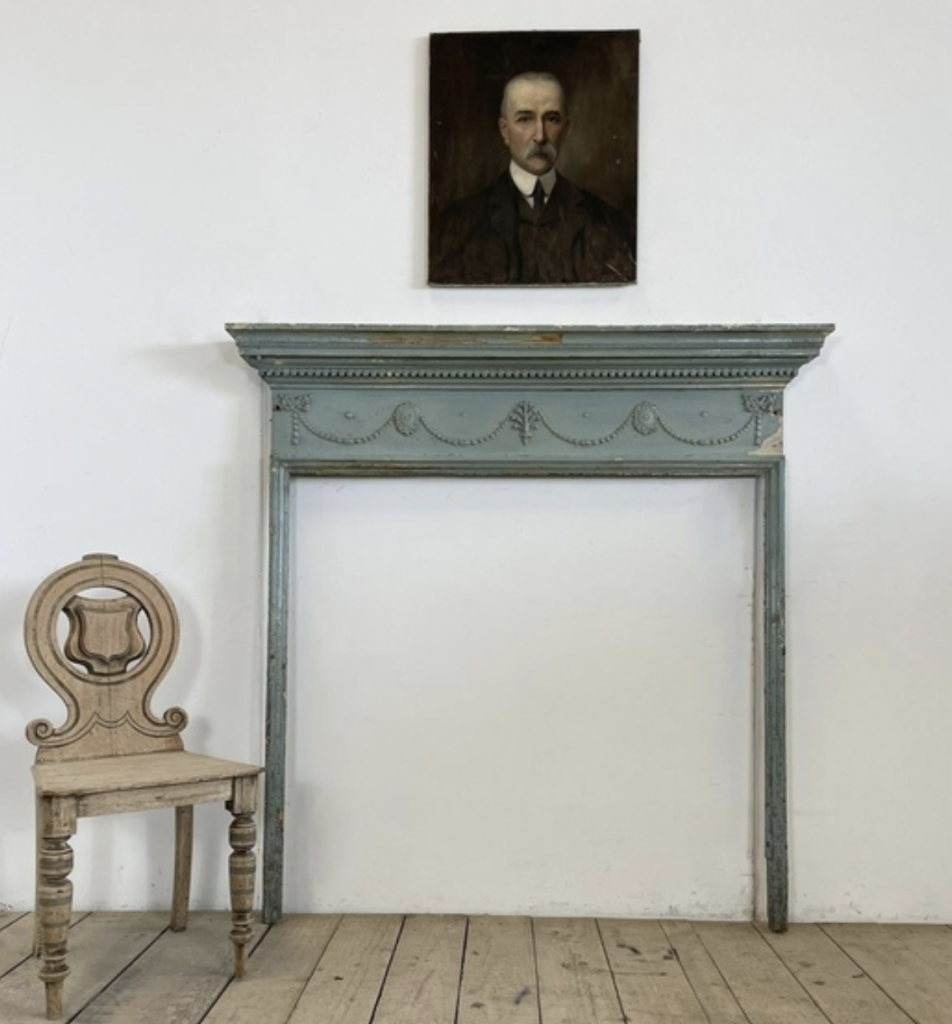 The Georgian period was an era of opulence and neoclassical influences. In the 18th century, a vast swathe of stately homes were built. This meant that plenty of fireplaces were needed for large, elegant rooms.

The first half of the century featured surrounds sculpted out of stone and marble. Graceful depictions of Greek mythology, grandiose motifs, and exquisite embellishments would be carved into sumptuous Italian marble. It wasn’t until the 1780s that subtlety was favoured. Delicate use of marble as decoration rather than as the body of the fireplace itself was preferred. Often this marble would be coloured and ceramic plaques of urns, leaves, grapes, ribbons, or beading would adorn the front of a surround.

Many of these later Georgian fireplaces are highly sought-after today because of their nod to an era of prosperity, fine craftsmanship, and beauty. 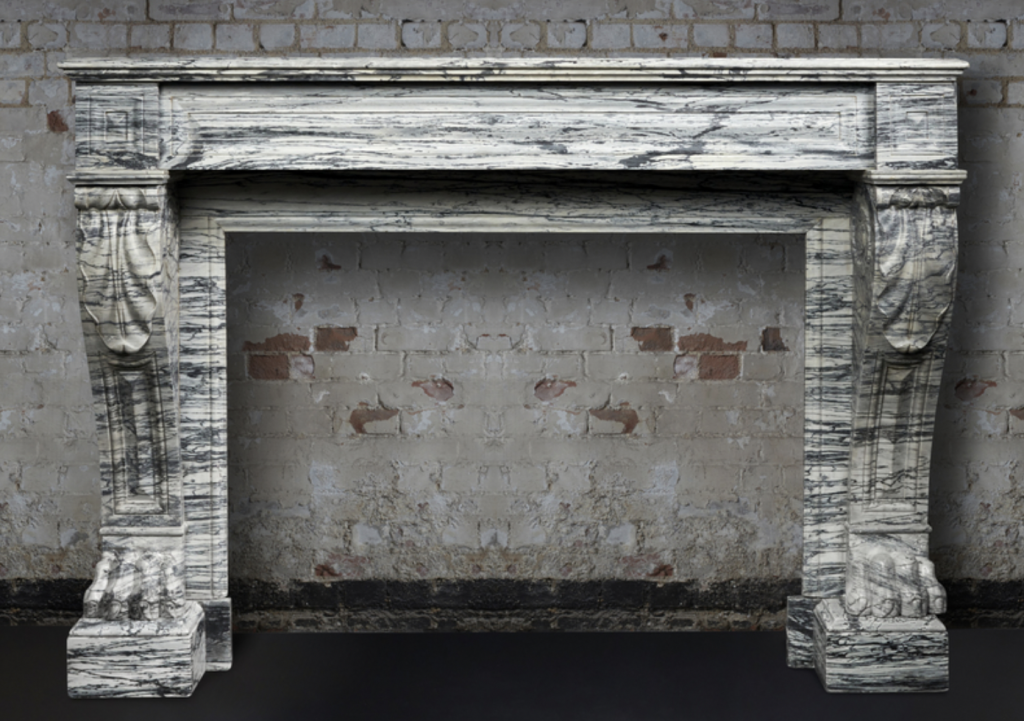 French-made Louis revival fireplaces originate from the 19th century and pay homage to the nineteen Louis’ kings who ruled the nation between the 14th century and 1789. Bold and bulky, these fireplaces stand proud against a wall. Made out of tactile marble and with signature curved sides, often with neo-Greek pillar designs, these types of fireplaces are for the larger room to manage with the sheer scale and bulbous nature of the surround.

Victorian high society would often choose a French fireplace over a cast iron fireplace because of its continental chic. And they were often bought to impress. Guests couldn’t ignore the graceful stature of the fireplace when being welcomed into a home. 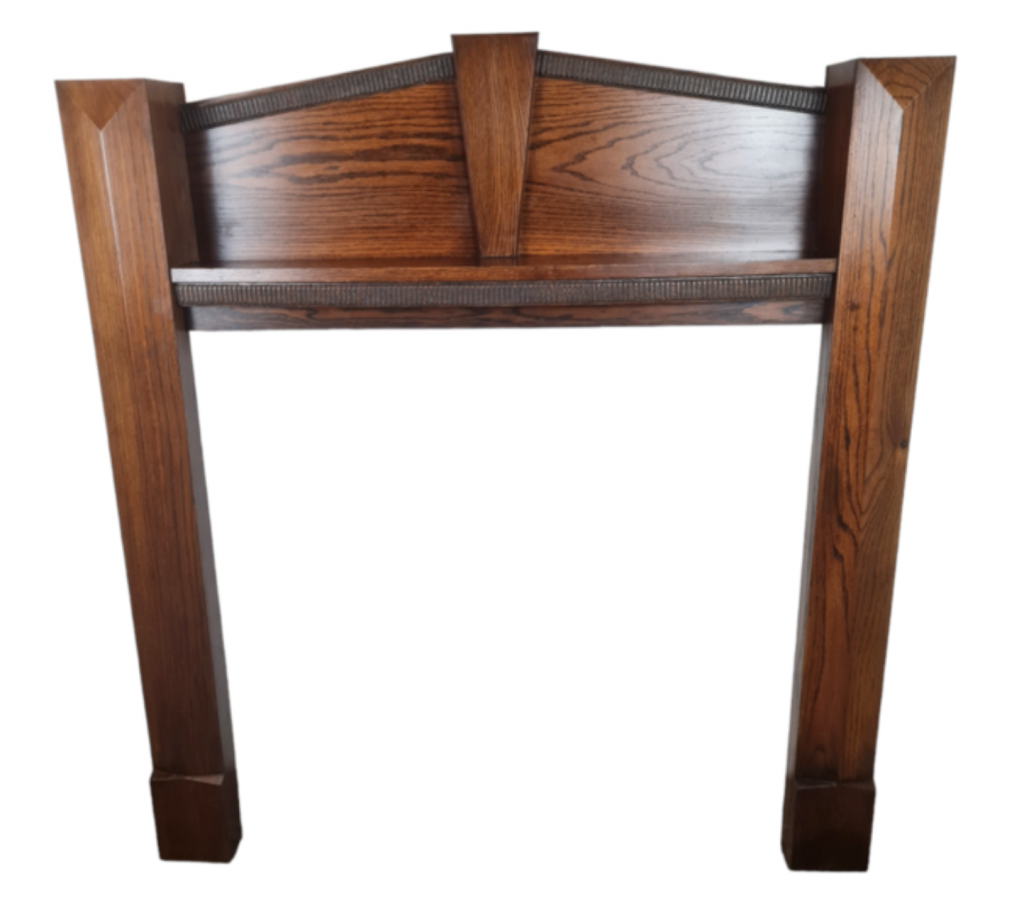 In the 1920s, tradition and heritage were rejected in favour of modernity. Art deco influences were seen in furniture design, interior aesthetics and fireplace surrounds. Gone were the highly decorative adornments. Instead, people craved geometric shapes, clean lines, and elegant simplicity in their homes.

If you’re keen to elevate your home with a stunning focal point, be sure to consider an antique fireplace. Whether you adore the drama of cast iron, elegant marble grandeur, or modernist simplicity, you’ll be welcoming a piece of social history into your home and creating a one-of-a-kind focal point that you can enjoy for decades to come.

Out with the new, in with the old