Marvellous Marquetry: A Guide to an Ancient Woodwork Technique

Adorning everything from Georgian dining chairs to grand antique consoles, original marquetry is enjoying a modern revival. From whimsical patterns that echo French château style to iconic art deco designs, this ancient craft has been used throughout history to decorate everything from tombs to tables.

But what exactly is marquetry? Where did it start? And how is it made? Our whistlestop guide offers everything you need to know about this enduring craft. From its earliest known design to renowned makers throughout history. Read on to find out more.

Marquetry is a decorative craft used to create patterns, pictures, and designs for furniture and other structures. Although not exclusively reserved for woodwork, marquetry often refers to the art of applying cut pieces of wood veneer to doors, tabletops, drawer fronts, and other furniture parts. 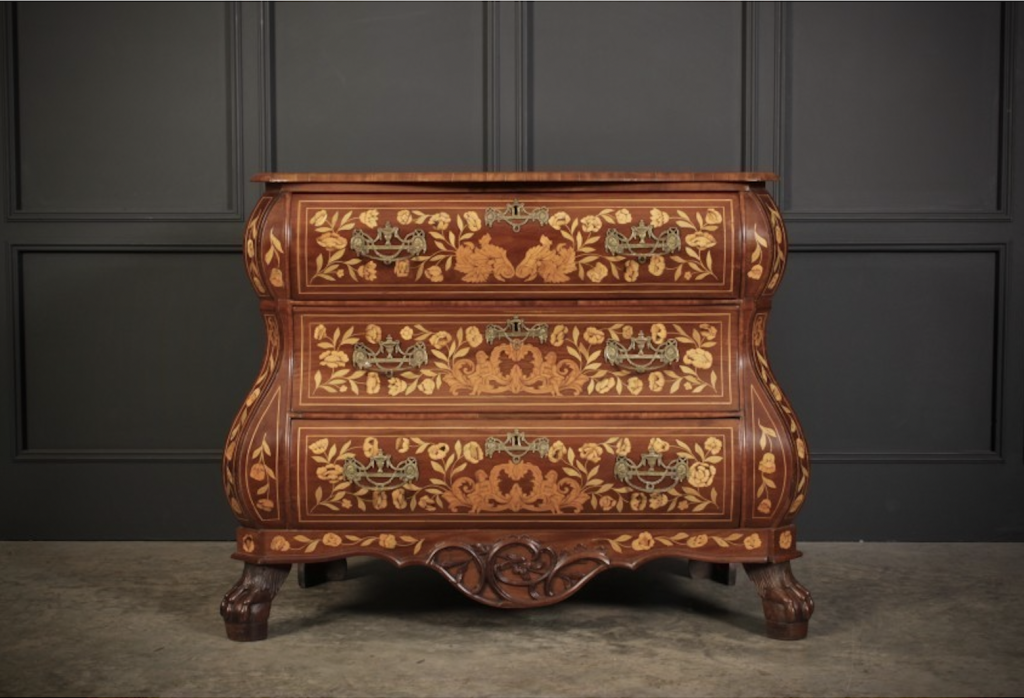 How old is the marquetry technique?

The oldest example of original marquetry has been found on an Egyptian sarcophagus that’s over 4000 years old. Early marquetry was often crafted with stones and gemstones and it wasn’t until the 16th century that wood veneer was used for marquetry designs.

Favoured by Florentine and Neapolitan furniture makers, wooden marquetry was popular during the Italian Renaissance and drew inspiration from ancient Roman and Greek classicism.

Modern techniques of wood marquetry were developed in Antwerp, Belgium, but it wasn’t until this decorative art caught the eye of French King Louis XIV that it captured the imagination of furniture makers worldwide.

Used extensively throughout Versailles and other royal residences, French marquetry masters such as Pierre Gole and André Charles Boulle looked to 12th-century Islamic art for inspiration. Popularising the arabesque style with gilt bronze and pewter accents in their designs.

While in Georgian Britain, marquetry designs were initially inspired by Chinese-style patterns and later furniture makers such as Thomas Chippendale revived the art form with neoclassic designs.

More recent revivals of marquetry came during the art deco period of the early 20th century. Cabinetmakers of the time echoed the era’s popular geometric patterns, decorating everything from grand armoires to humble cocktail cabinets. 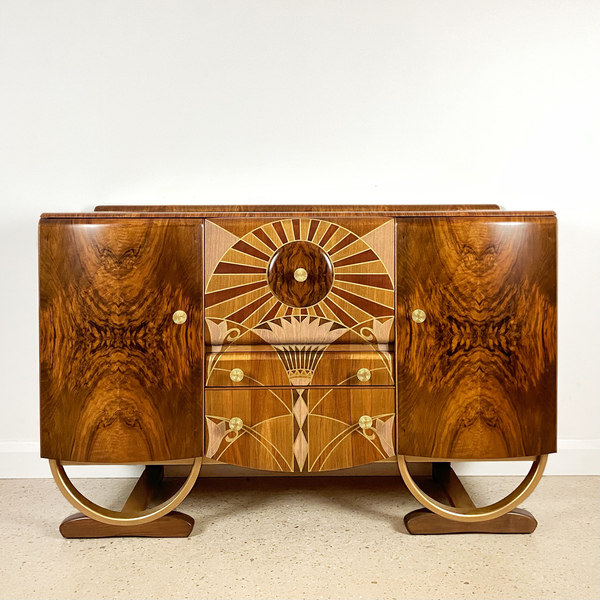 How is marquetry created?

Cabinetmakers and artists often plan their marquetry designs to scale first. Then, once they’ve selected which veneers to use, they cut each piece to their prescribed shape. These pieces are then fitted into the marquetry pattern and glued into place.

Due to its precise nature, mastering marquetry can take years. Learning how different materials and woods behave when cut, which tones work together and designing unique patterns requires skill, discipline, and passion.

What is the difference between inlay and marquetry? 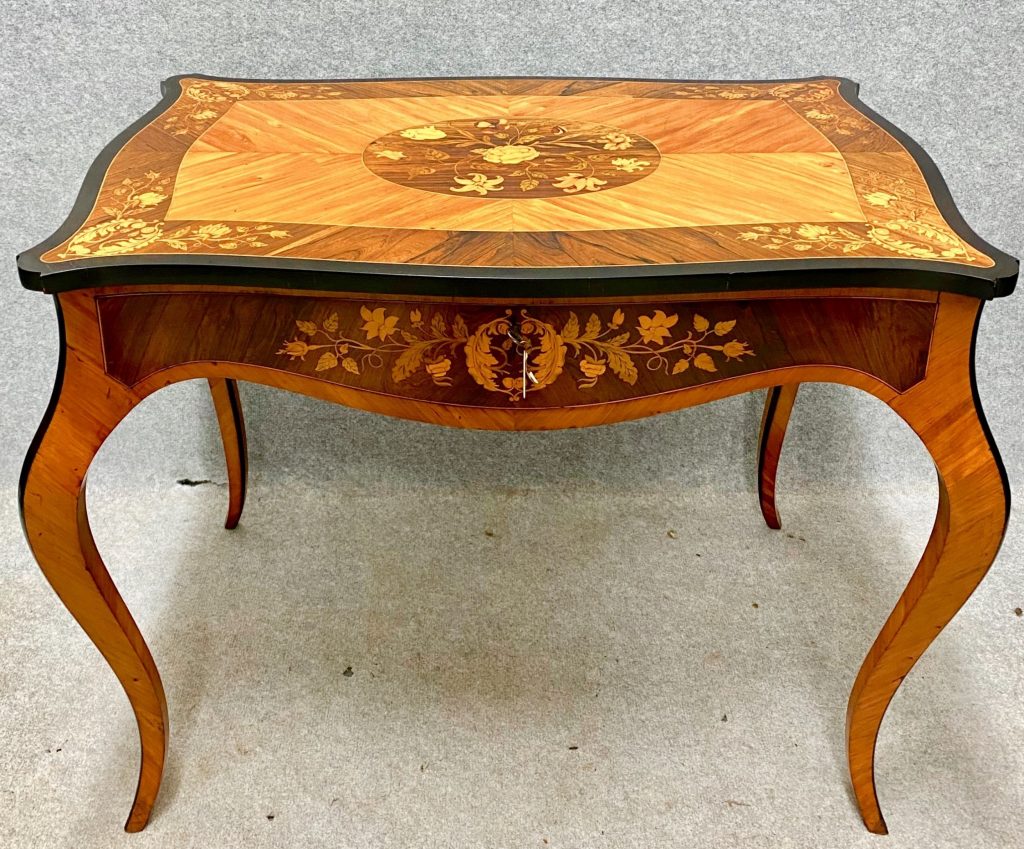 However, if you love the art of marquetry but can’t quite spring for a bespoke piece, why not consider buying vintage or antique? You’ll find one-of-a-kind pieces in our marquetry collection at Vinterior.