This Danish designer is the name behind many of the most loved Scandinavian designs.

We know you are used to us unearthing quality vintage pieces for you, but today we would like to bring your attention to a person instead. Kai Kristiansen is one of the best furniture designers Danish Modern design has to offer, and yet his name remains a relatively well-kept secret in the design circles. The fact that he is not as famous as some of his equally talented colleagues, makes his work even more attractive to well-educated collectors. This also means that, despite its superior manufacturing quality, furniture he designed often comes with a lower price tag. But in lower quantities too.

Sound interesting? Follow along as we share our insights on why Kai Kristiansen is one of the leading furniture designers of the Danish Design movement, and don’t be surprised if you end up falling in love with his signature aesthetic. 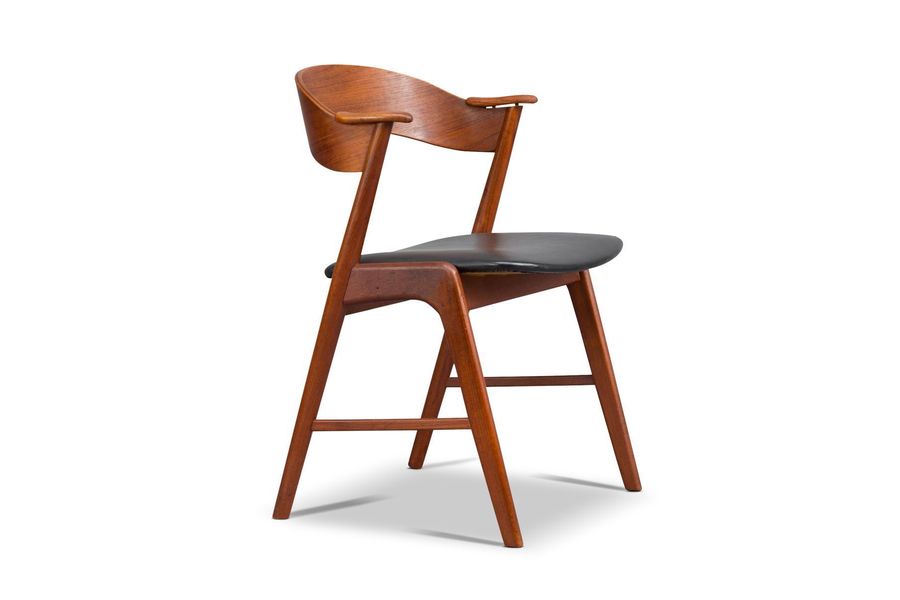 Danish Teak & Leather Chair With Plywood Back By Kai Kristiansen For Korup, 1950s

Who is Kai Kristiansen?

Born in Denmark in 1929, Kristiansen trained as a cabinet maker but eventually went on to study at the prestigious Royal Danish Academy of Fine Arts in Copenhagen. His mentor was no less than a pioneer of modern Danish furniture design Kaare Klint, whose forward-thinking philosophy largely influenced future Kristiansen’s designs.

Klint used fine craftsmanship to help him balance between the form and the function. But instead of focusing on decorative elements, he used it to improve the functionality and practicality of his pieces. Klint’s work was so deeply grounded in a humanistic approach that he even studied human body proportions to learn how to make his furniture more comfortable for its users. Kristiansen was impressed. 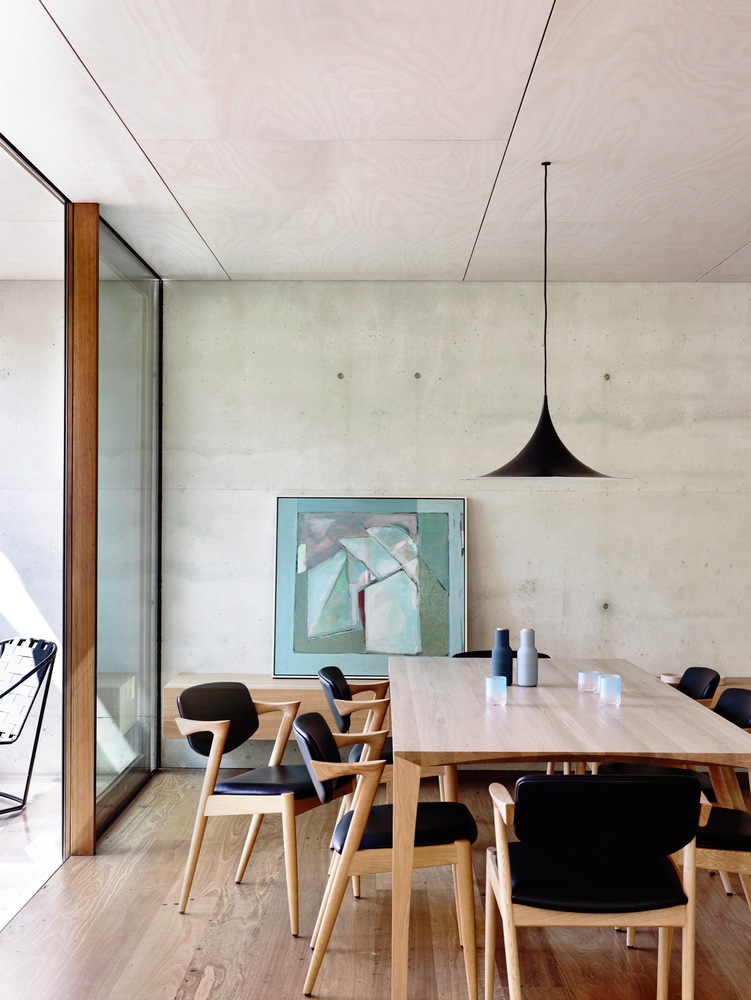 When he opened his own studio back in 1955, Kristiansen followed the footsteps of his design father. He would eventually build his name as a cutting edge designer whose work is defined by the striking angles and clean lines, superior manufacturing, and distinctive human-centred design.

For Kristiansen, furniture design is more than a career. It is a passion. Over the years, he worked hard to promote the Scandinavian design world. He was a driving force of many regional furniture fairs back in the ‘50s and the ‘60s and always readily supported his fellow designers.

He lives and works in Copenhagen and this year he celebrates his 90th birthday. He is still active and continues to inspire. 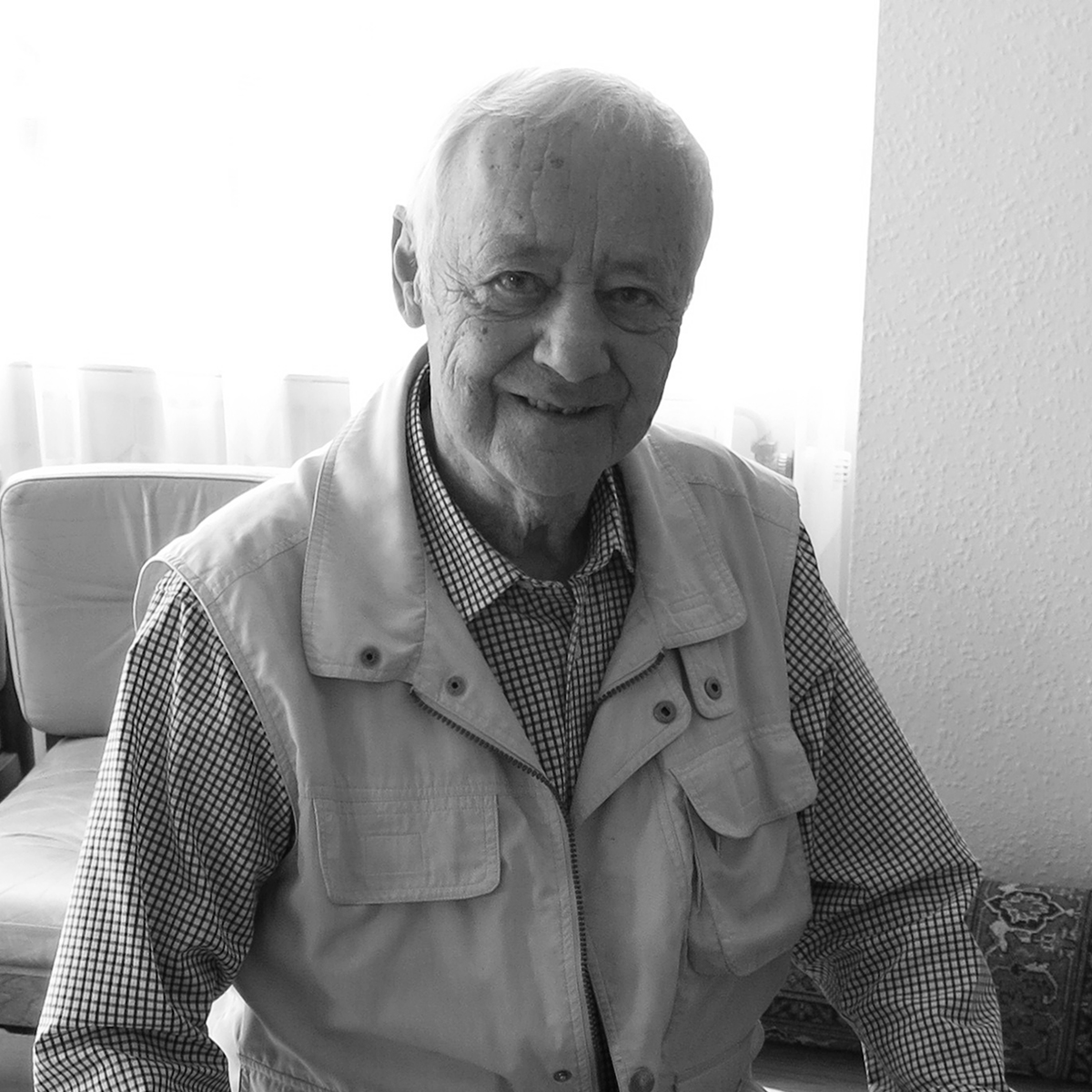 What did he design?

Kristiansen designed chairs, cabinetry, tables, desks and shelving units. Like a majority of Danish designers, he preferred to work with teak, rosewood, and oak. But teak was definitely where he felt most comfortable at, so don’t be surprised by a warm Mid-century Modern tone of his creations.

Even though all representatives of the Danish Modern share a common flair for the minimalist aesthetic, traditional influences are more than evident in Kai Kristiansen’s designs. His work is based on modernisation of classic forms and his pieces keep a characteristic floating quality, yet still, remain grounded and solid. The smooth, geometric lines define all of his creations and give them an undeniable Mid-century modern look. 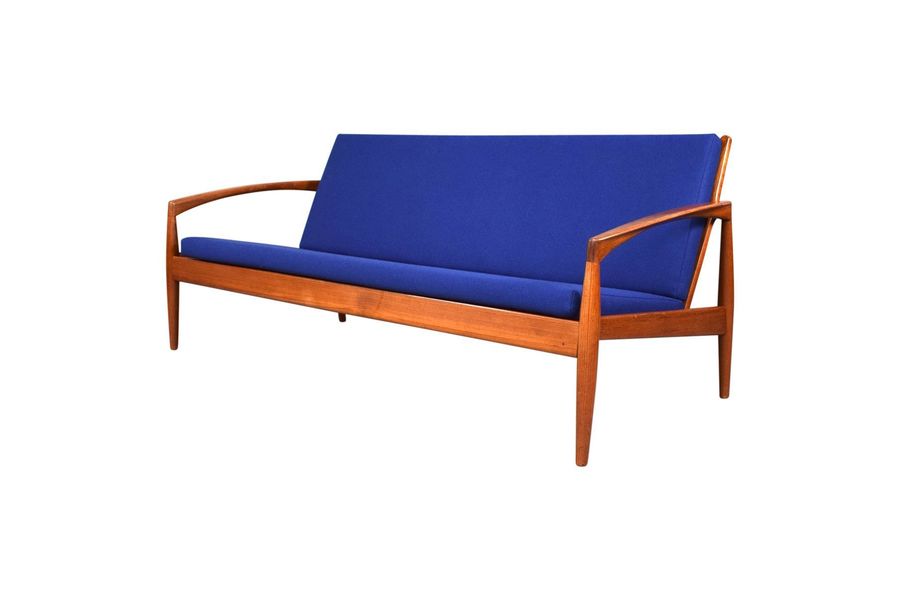 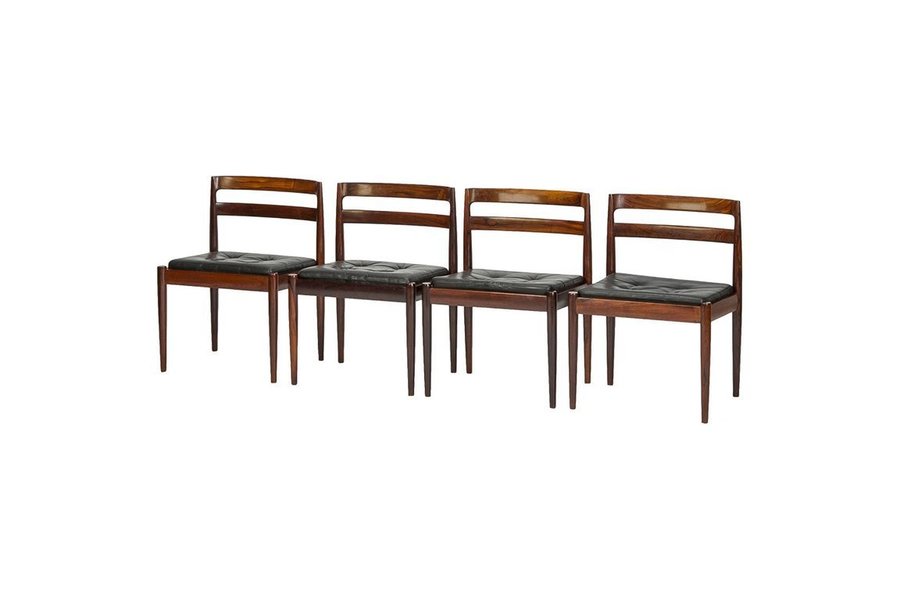 Over the years, Kristiansen’s studio was associated with some of the most respected furniture manufacturers of the industry such as Fritz Hansen, Kjærsgaard and Tarm og Feldballe. His collaboration with Schou Andersen resulted in one of his most famous pieces – Model 42 Chair. Some of his other creations that took the world by a storm include FM Wall Unit and Model 31 Chair.

Almost all of his designs were manufactured in his homeland, but recently Kristiansen partnered with the Miyazaki Chair Company in Japan who took the challenge of reimagining some of his most well-received pieces. Even in his late 80s, perfectionist as he is, he still occasionally travels to Japan to visit his partners and ensure that the quality standards are being meat on the highest level. 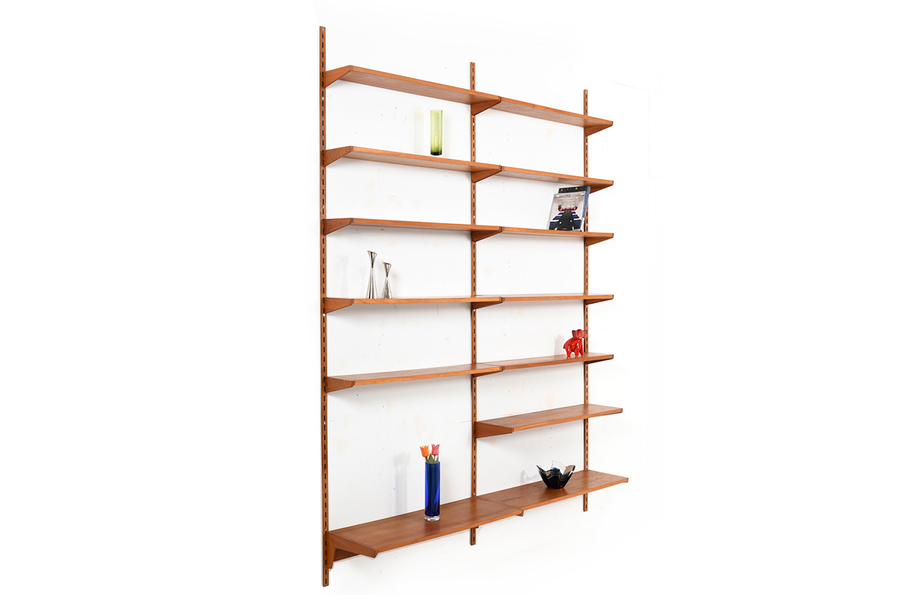 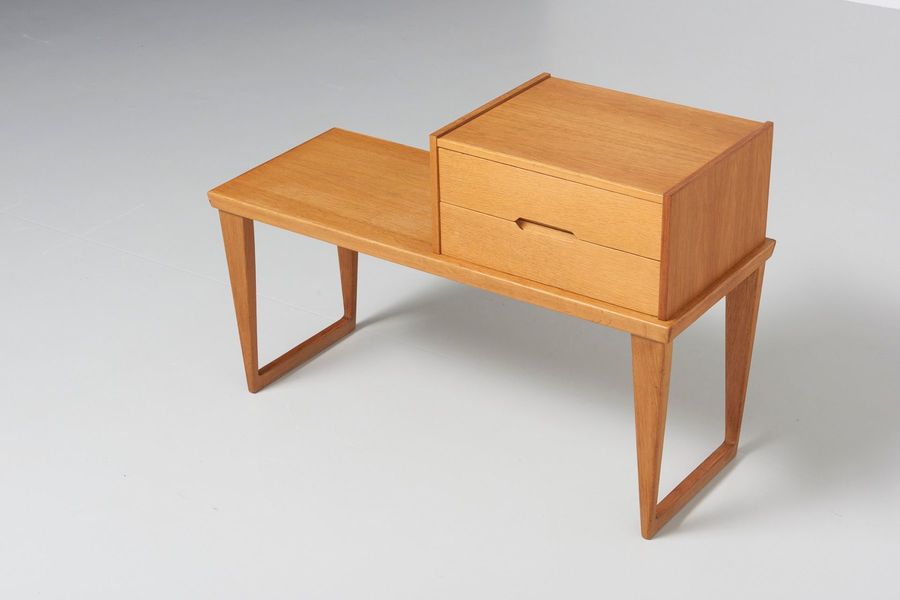 How is it possible that he is not more famous?

In the era when mass production was gaining speed, Kristiansen insisted on clean-lined wooden pieces and intricate details. Because of the attention to detail needed to complete a single piece, manufacturers struggled to deliver his furniture in larger numbers. This made Kristiansen’s furniture somewhat scarce, and… eventually – less famous.

So it wasn’t a lack of the demand that commanded his low key popularity, but rather his excellence that resulted in the exclusivity of his work. 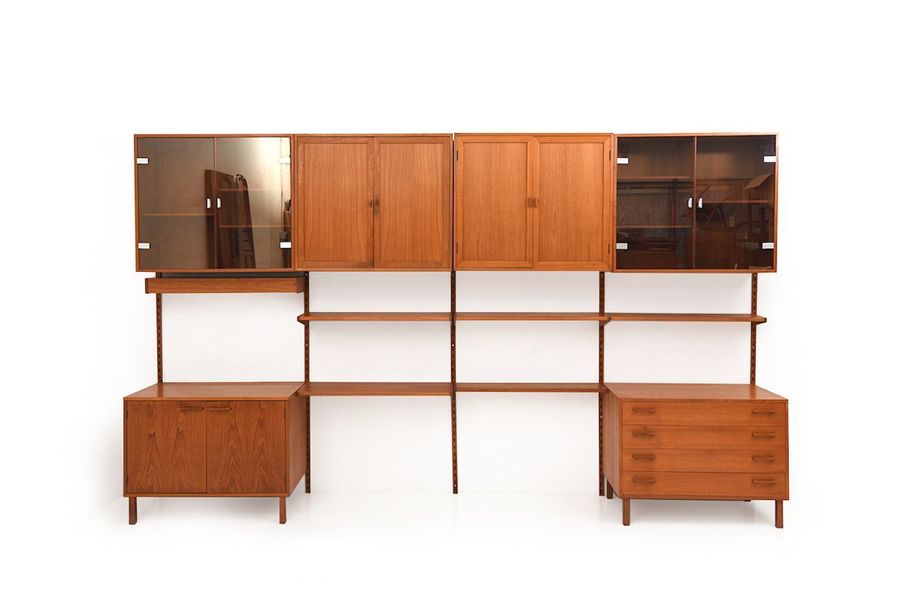 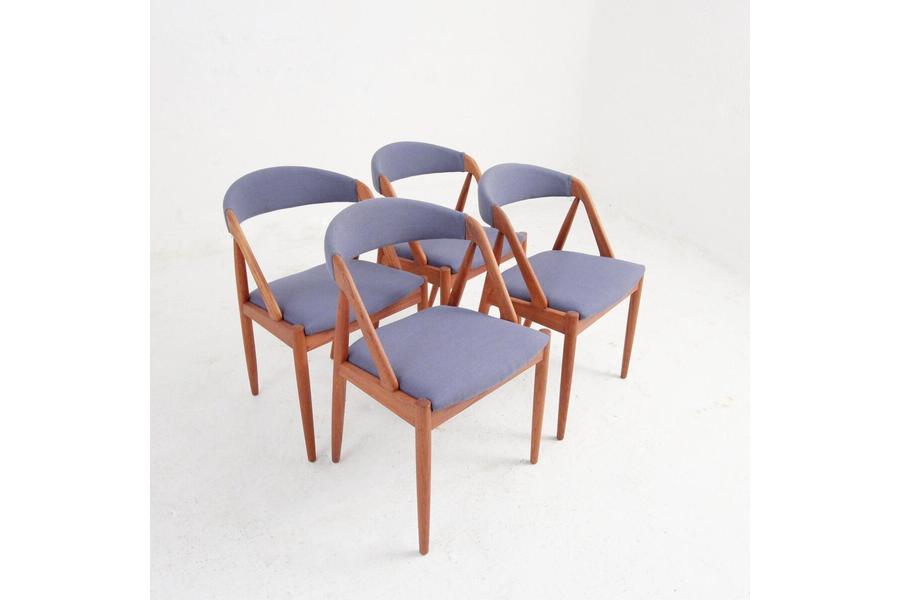 Here are some of his pieces you can find at Vinterior: 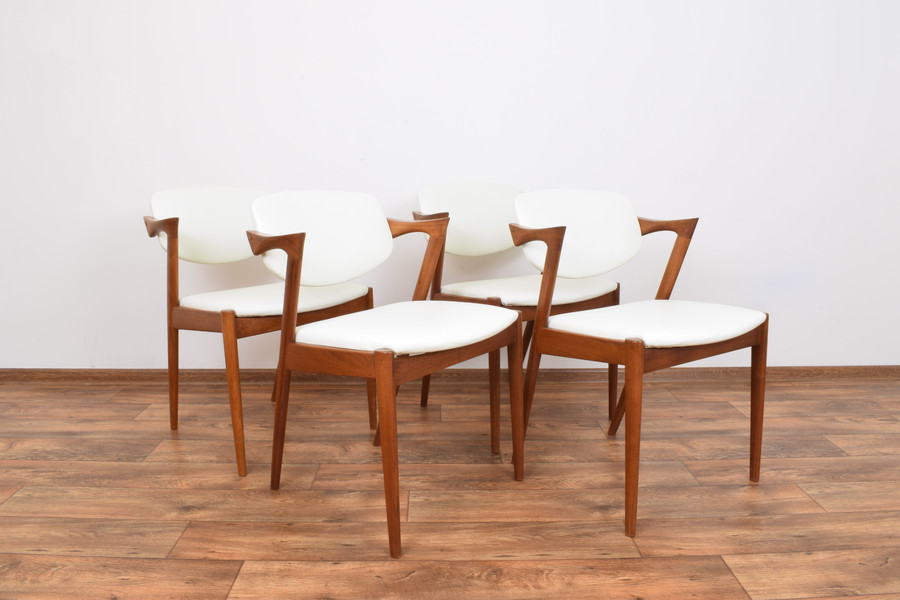 Designed back in 1956, #42 chair (sometimes referred to as the Z chair) is Kristiansen’s most famous work and a true design icon of modern Danish furniture. It’s both practical and attractive. Designed with comfort in mind, this beautiful chair can look equally impressive in both the dining room and the living room. Depending on its user, the pivoting backrest adapts to different positions ensuring that the comfort comes first. 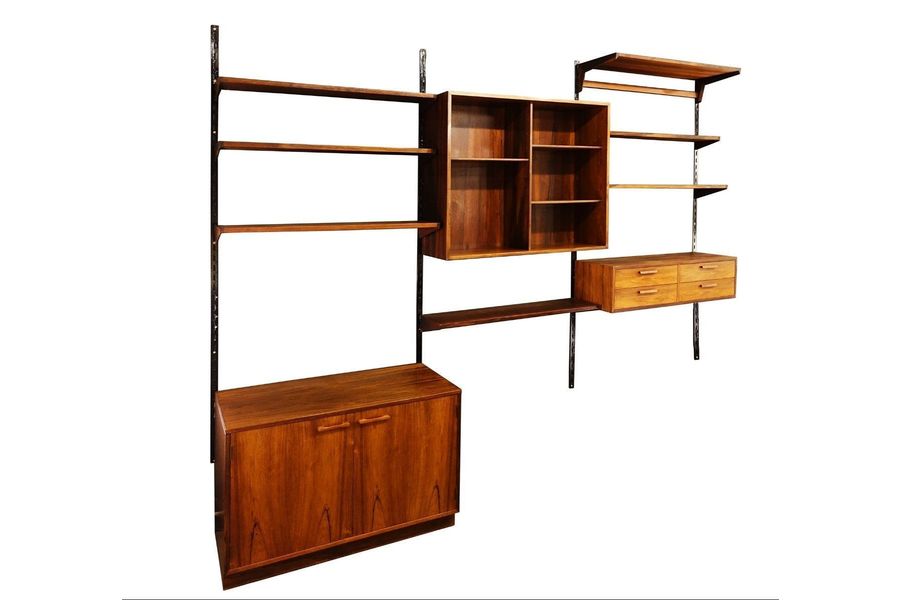 Kristiansen’s shelving units feature a combination of teak shelves and cabinets suspended on wall-mounted metal uprights. Other than the beauty of its design, what makes this shelving unit so appealing is its flexibility to adapt to the changing needs of its user. 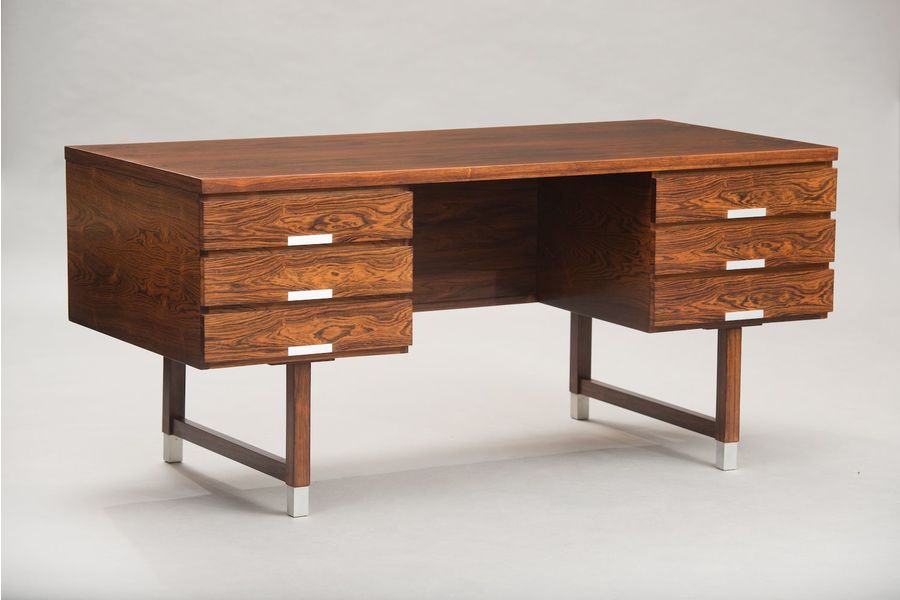 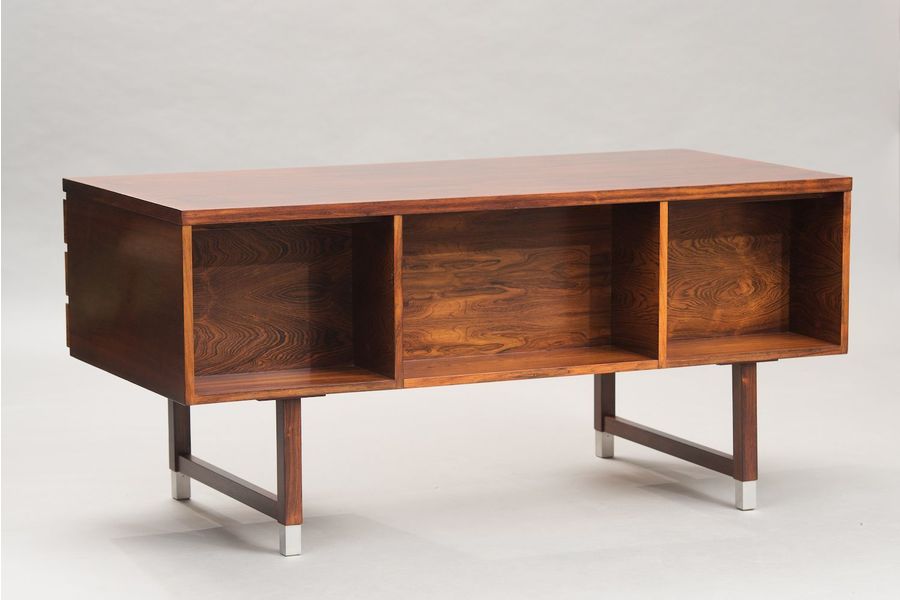 The EP 401 Rosewood freestanding desk features six drawers and a bookshelf on the back side. 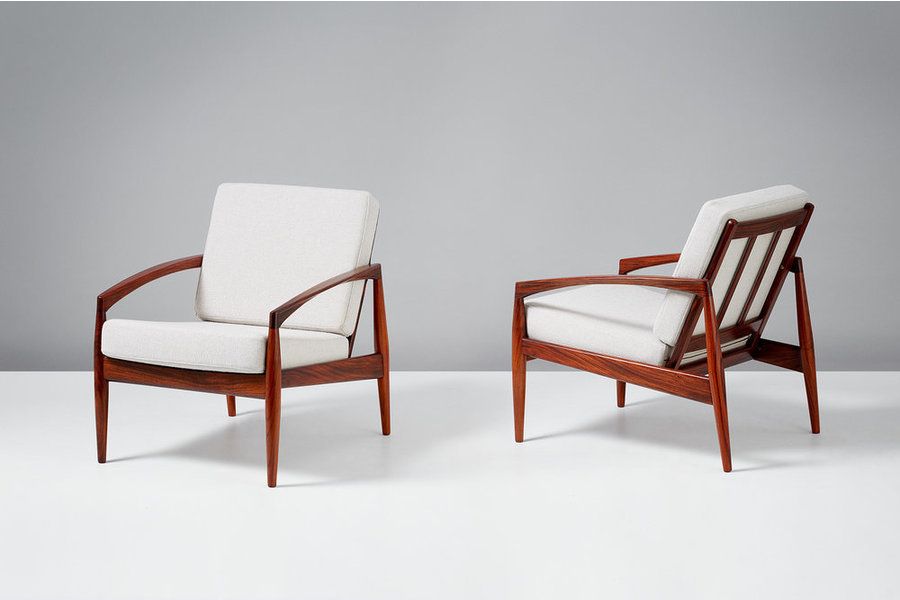 Model 121 Paper Knife lounge chair is a fine example of sleek, minimalist design built with comfort in mind. Produced by Magnus Olesen in rosewood, #121 chair remains a go-to Danish Mid-century piece even to this day. 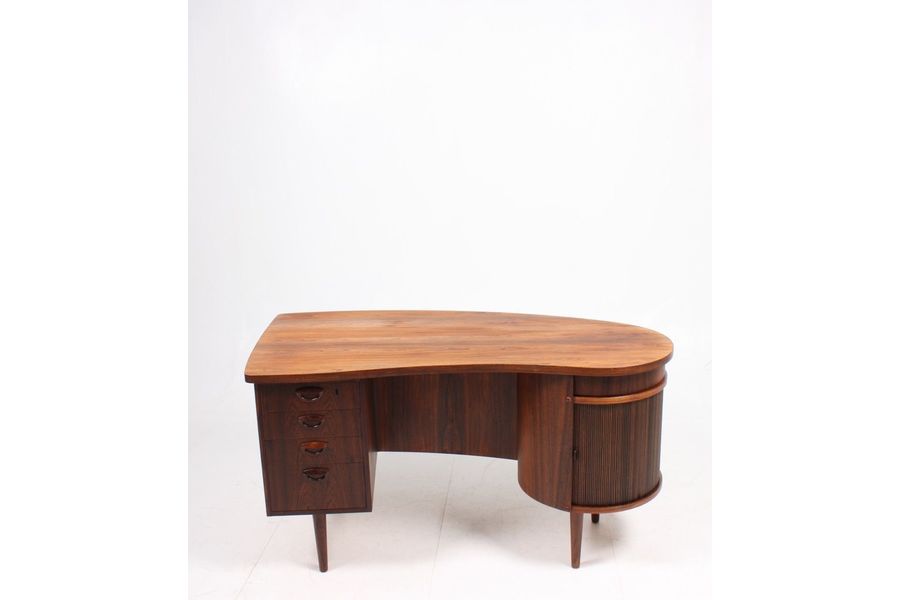 Another famous Kristiansen’s desk design from the ‘50s, this freestanding piece has a round drawer and a bookshelf and its rear side. It looks beautiful, no matter which way you look at it.

Discover what Kristiansen’s furniture is available for purchase at Vinterior.

A rolling writing desk for your after work creativ