Designers on your radar: get to know Eero Saarinen

One of the most unorthodox and controversial designers of all time, Eero Saarinen was a pioneer of American post-war architecture and one of the most important figures that shaped the international image of the American Modern. A leader of the second generation of modernists, Eero Saarinen took inspiration from the past to design for the future. He was an innovator, visionary, artist, and a highly-skilled businessman who never ceased to create waves on the design scene. His designs always come with superlatives – the greatest, the first, the biggest, the most this, the most that…

At the time, his neo-futuristic aesthetic was so ahead of the curve that his work wasn’t that appreciated by the general public. But his legacy lived through, and it seems like we are finally catching up with his vision of the world. Eero Saarinen’s architecture and furniture designs are becoming increasingly popular since the early 2000s, proving once again just how advanced his work was.

– What newspaper and magazine writers, who work in rabbit time, don’t understand is that the practice of architecture has to be measured in elephant time. – Eero Saarinen

Let’s learn more about the design genius Eero Saarinen and his most famous furniture. 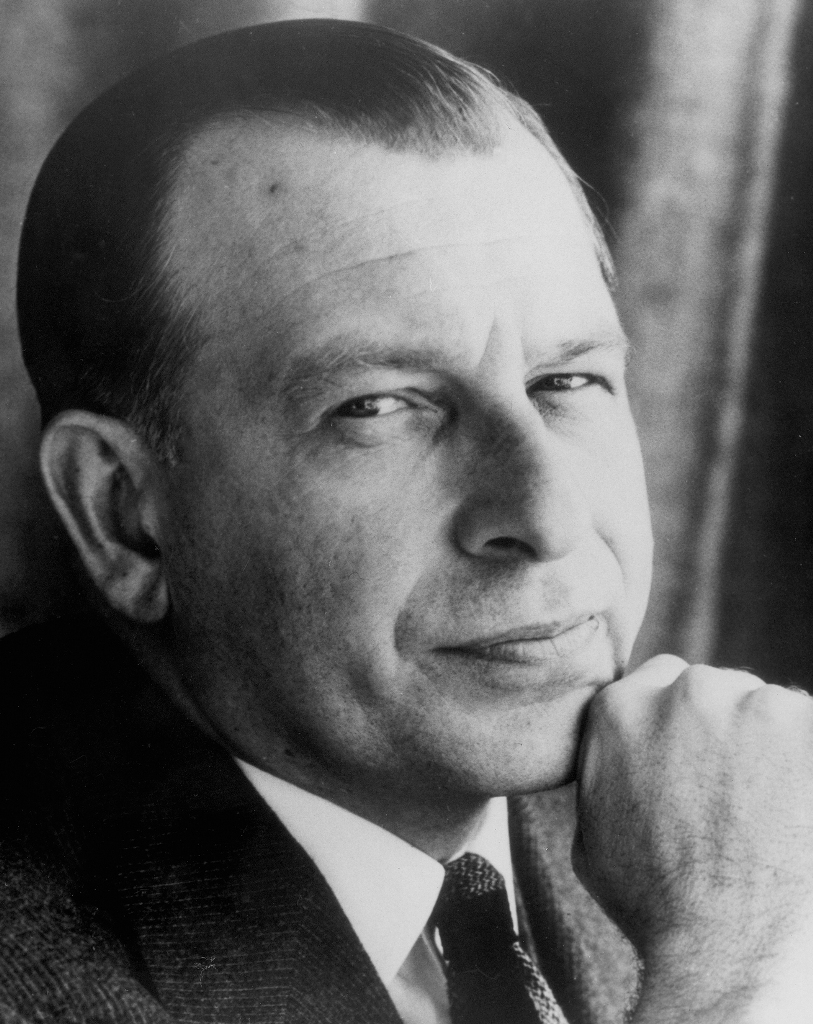 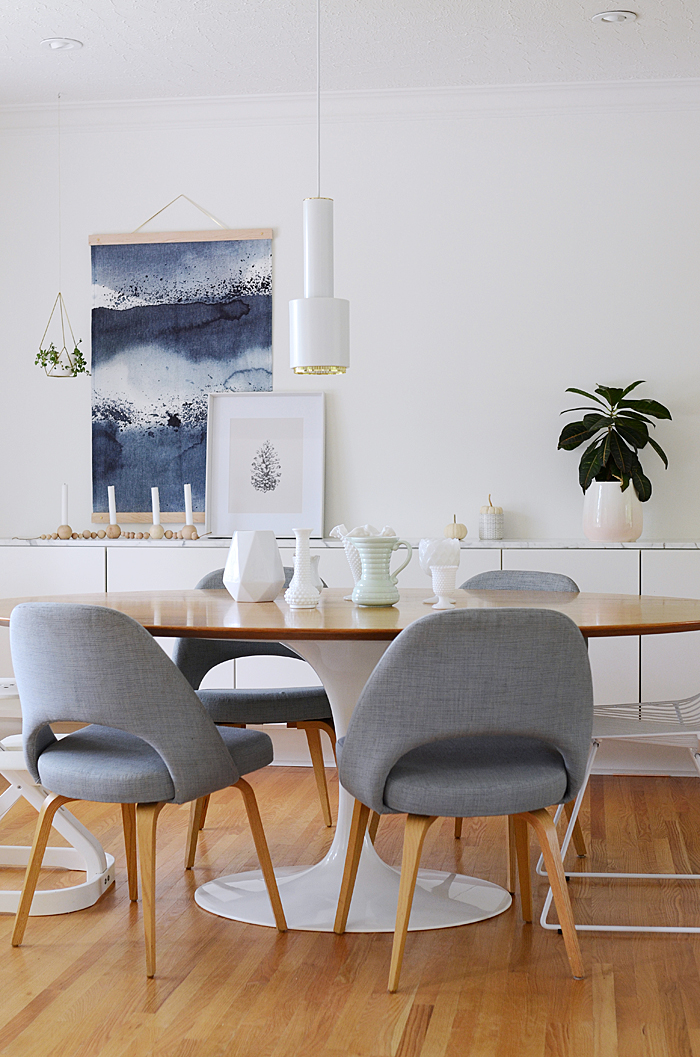 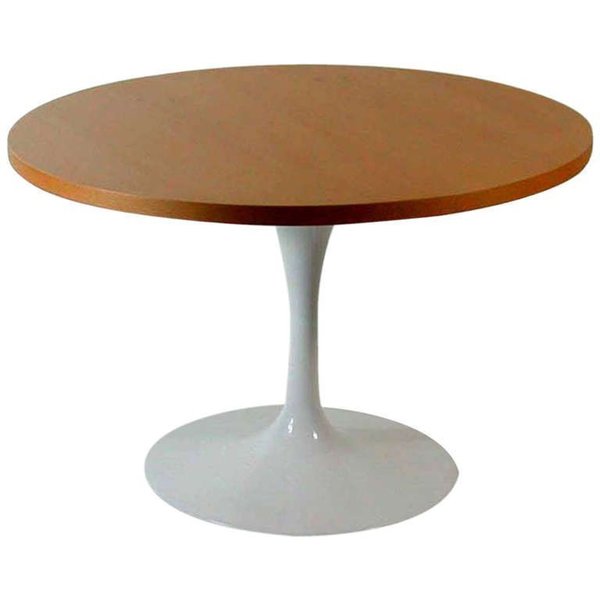 Born to a well-respected family of creatives (his father Eliel was a noted Finish architect and his mother Loja was a weaver and a textile designer) young Eero always dreamed of following in his father’s footsteps. He and his sister Eva-Lisa grew up in their father’s workshop. Surrounded by great design, they had a chance of gaining invaluable insights about Eliel’s creative process and connections. It wasn’t long before Eero started helping out with furniture design.

Eero Saarinen had a tough childhood. He was dyslexic and overweight, so he was often a target for bullies. Young Eero found peace of mind in his drawings, which helped him tremendously with expressing himself and getting through the challenging times. 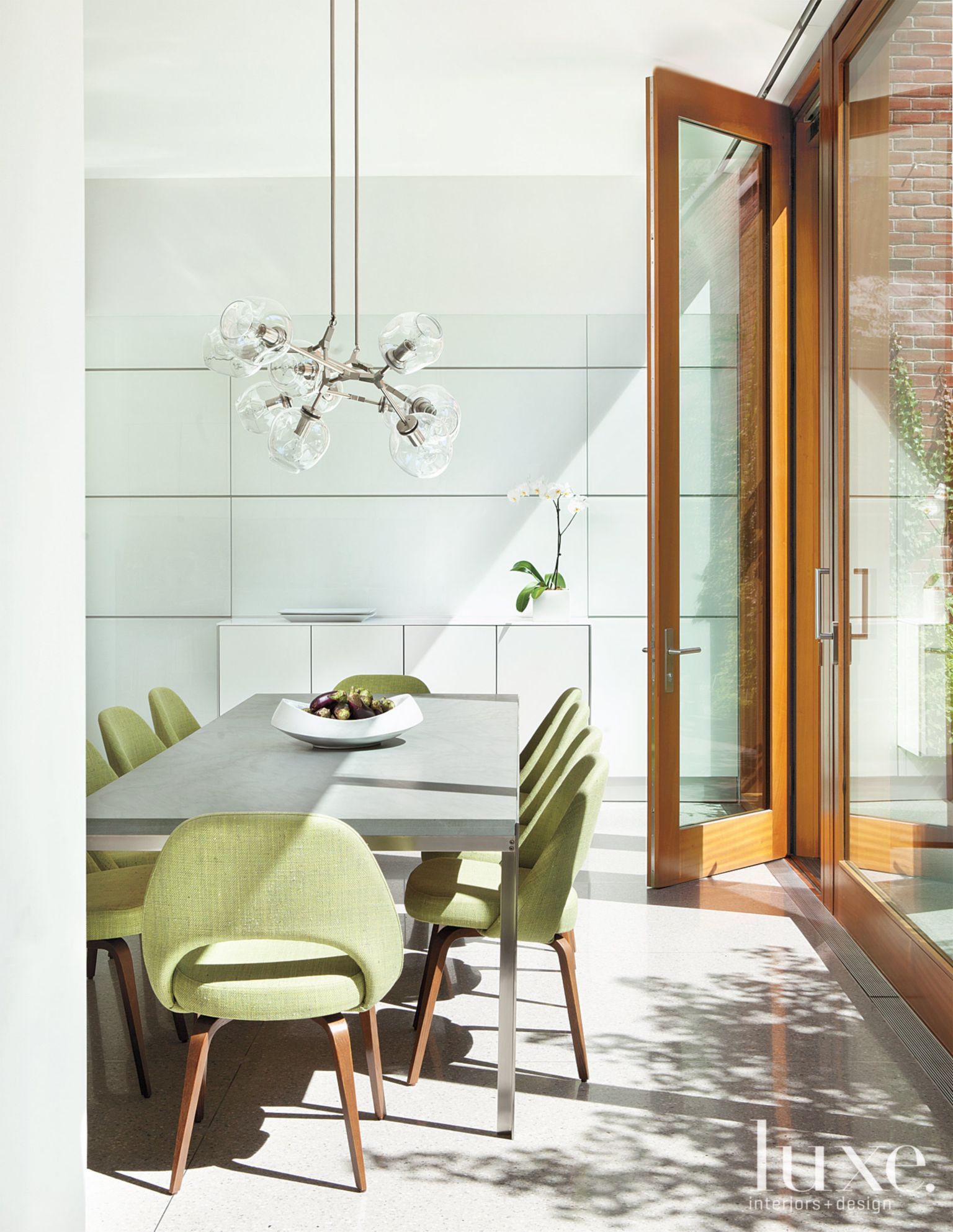 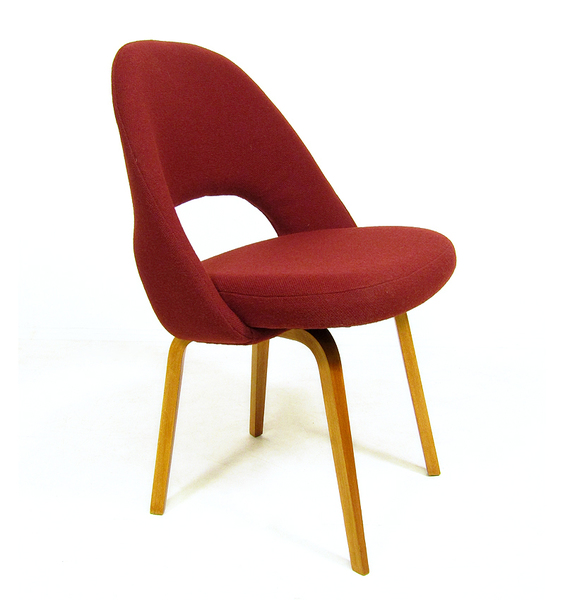 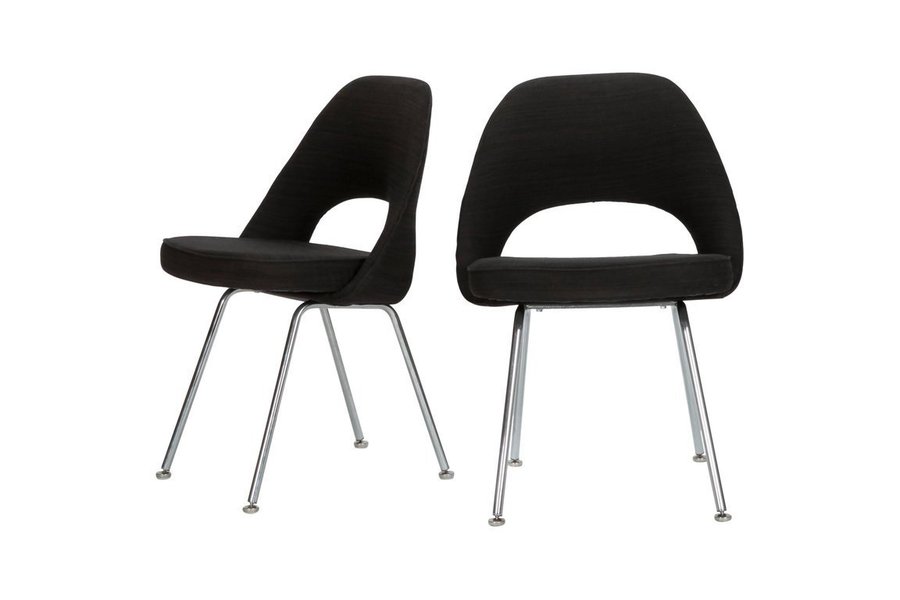 Back in 1923, when Eero was thirteen, the family immigrated to the United States where Eliel taught and later became dean of the Cranbrook Academy of Art, Michigan. It was there where Eero Saarinen later met and became close friends with fellow students Charles and Ray Eames and his father’s protégé Florence Knoll (née Schust) who they considered as part of the family. These friendships shaped both Eero’s career and personal life. 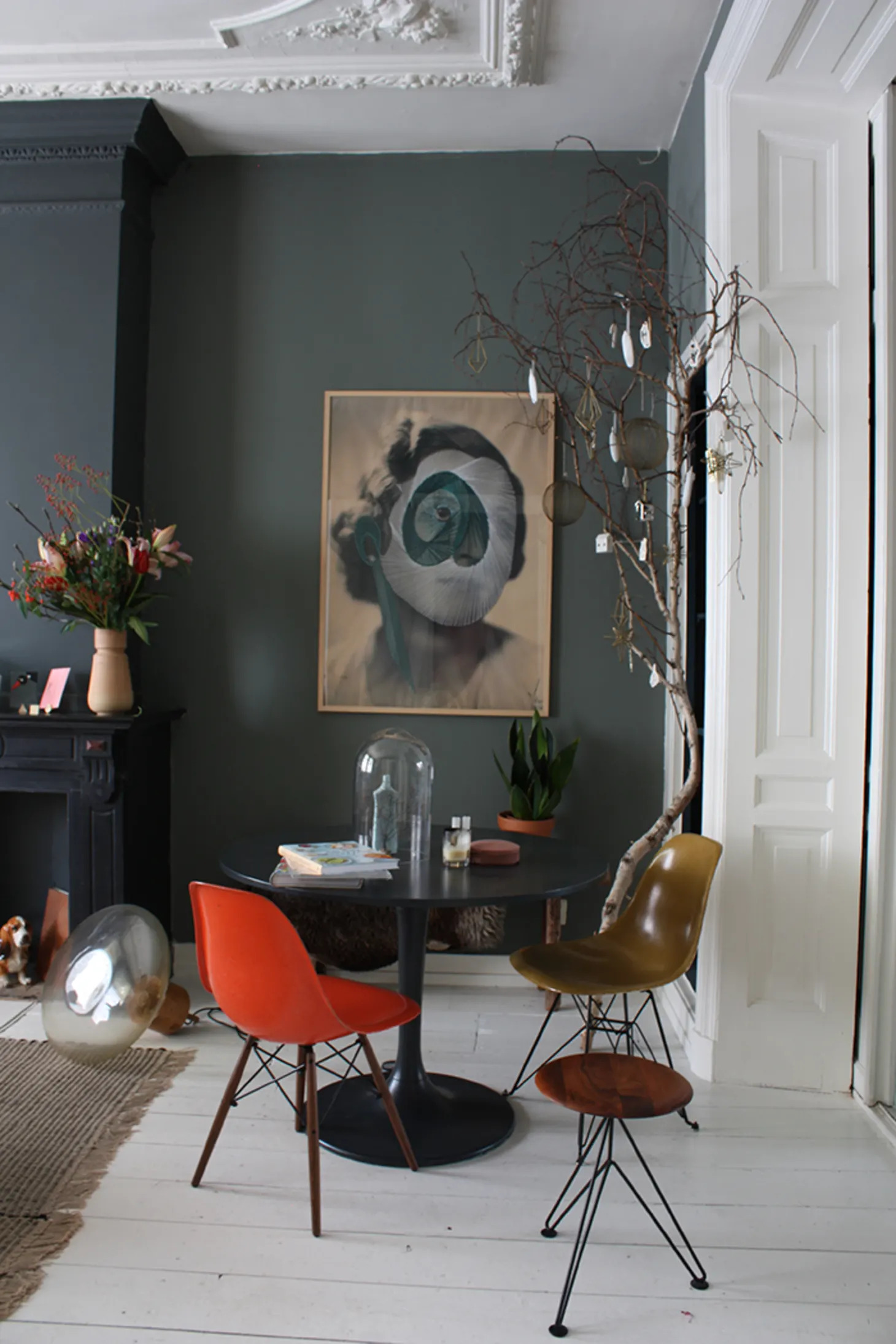 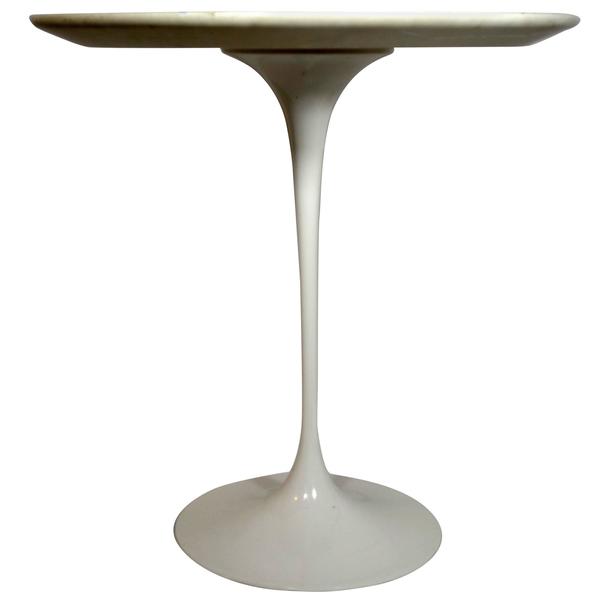 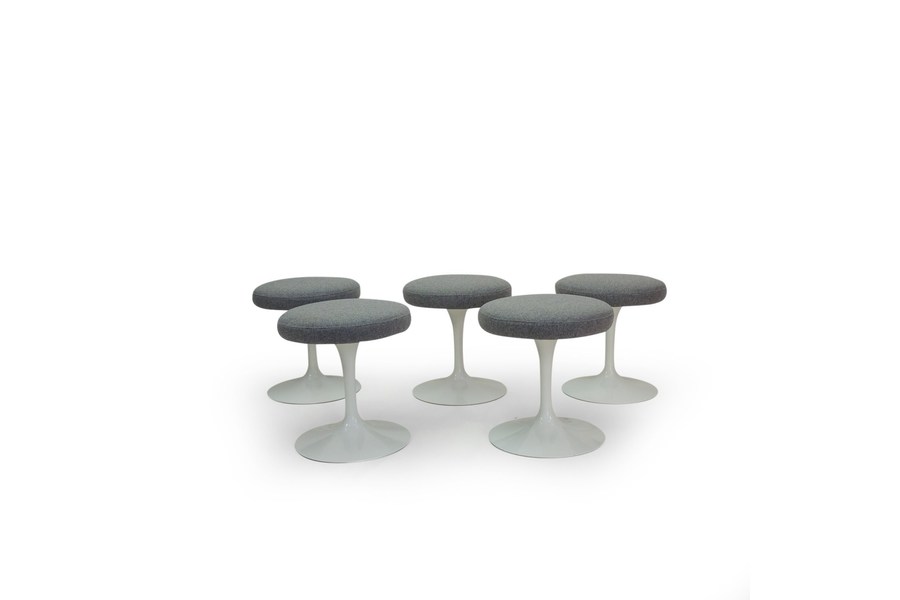 In 1929 Eero left for Paris to study his first love – sculpture, only to end up enrolling in the Yale architecture program the year after. But regardless of his formal architectural education, he has always been first and foremost a sculptor.

Thanks to a Yale scholarship, Eero toured Europe (even stayed for a year in his native Finland) and the Middle East. In 1936, Eero returned to the States and rejoined his father’s practice and Cranbrook Academy as a teacher. 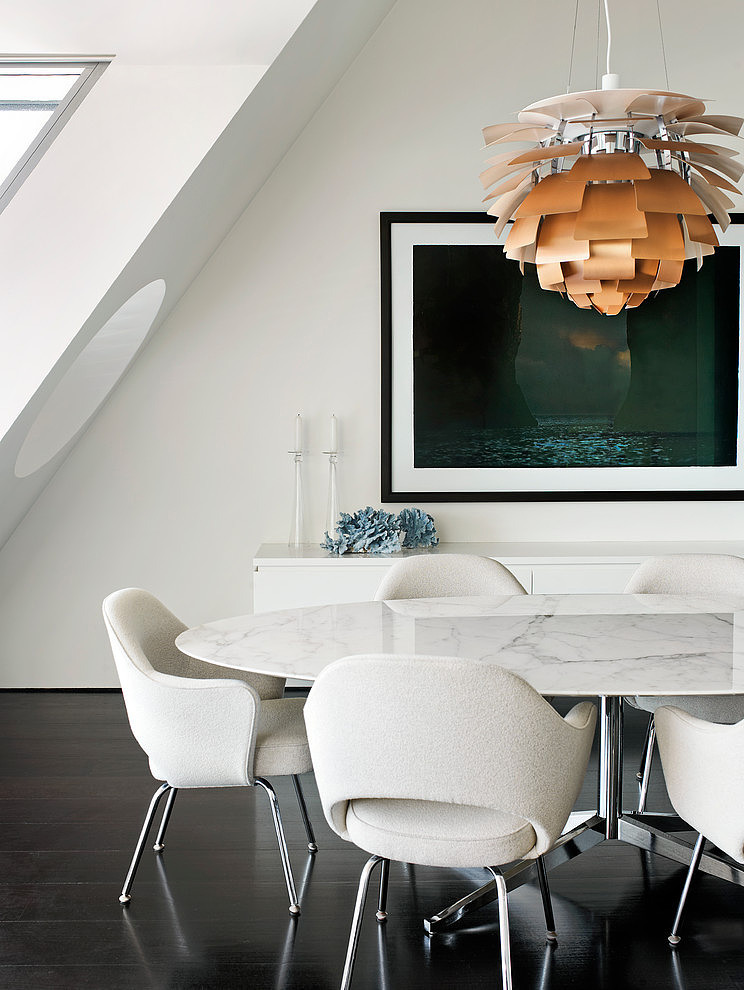 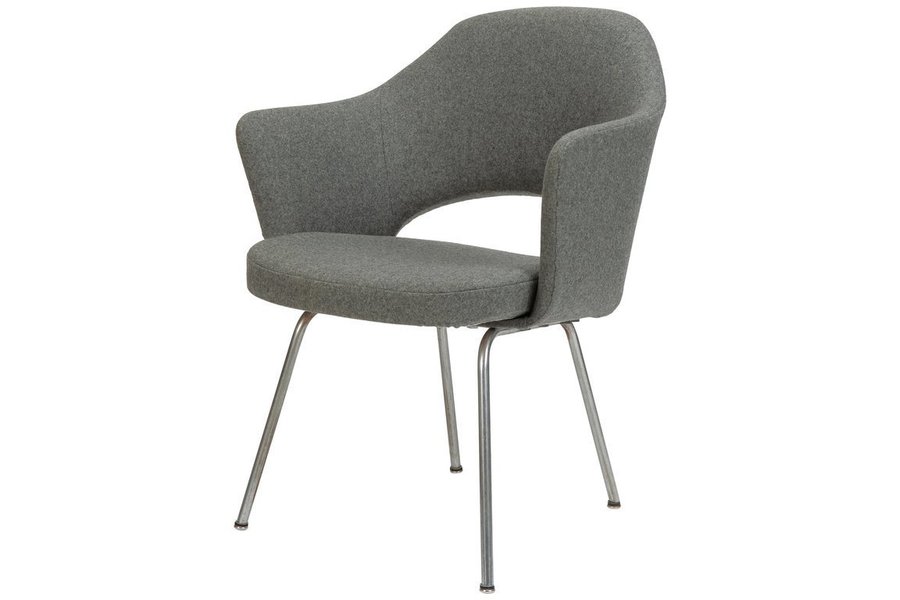 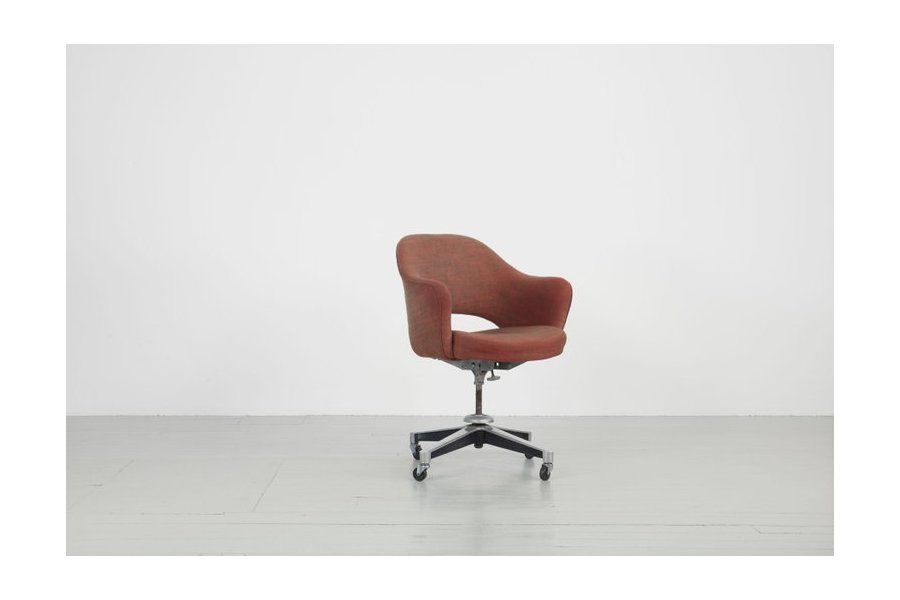 Two friends Charles Eames and Eero Saarinen shared a passion for exploring potentials of new materials and processes, pushing each other creatively while co-developing furniture. One of their most successful collaborations was the pioneering collection of moulded plywood chairs they designed for Organic Design in Home Furnishings competition sponsored by MoMA back in 1940. Their brainchild won first prize in all categories establishing the duo as the leaders of the American modern furniture movement. Charles Eames continued to work with moulded plywood, while Eero went on pushing material and aesthetic boundaries in a more futuristic direction. 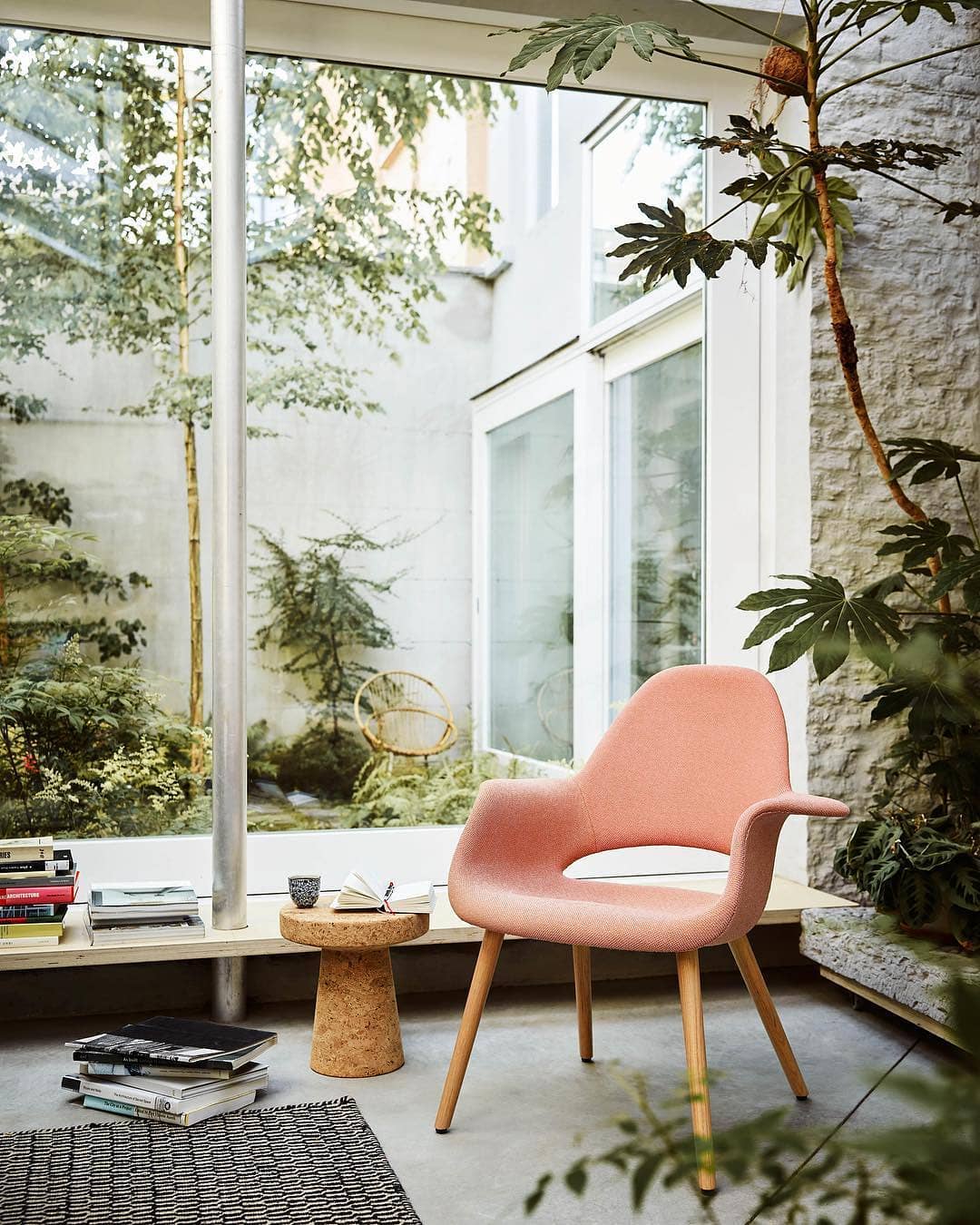 When his almost a sister Florence married Hans Knoll who was establishing his furniture company at the time, it was only natural that she invited Eero to join. Over the years, their relationship remained rock solid and Eero Saarinen’s furniture was sold exclusively by Knoll International, creating a signature aesthetic of this iconic furniture company.

Back in 1946, he created his first piece for Knoll – the Grasshopper armchair. With his design, Eero sought to support the relaxed posture while pushing for a simplified form with the fewest of elements. 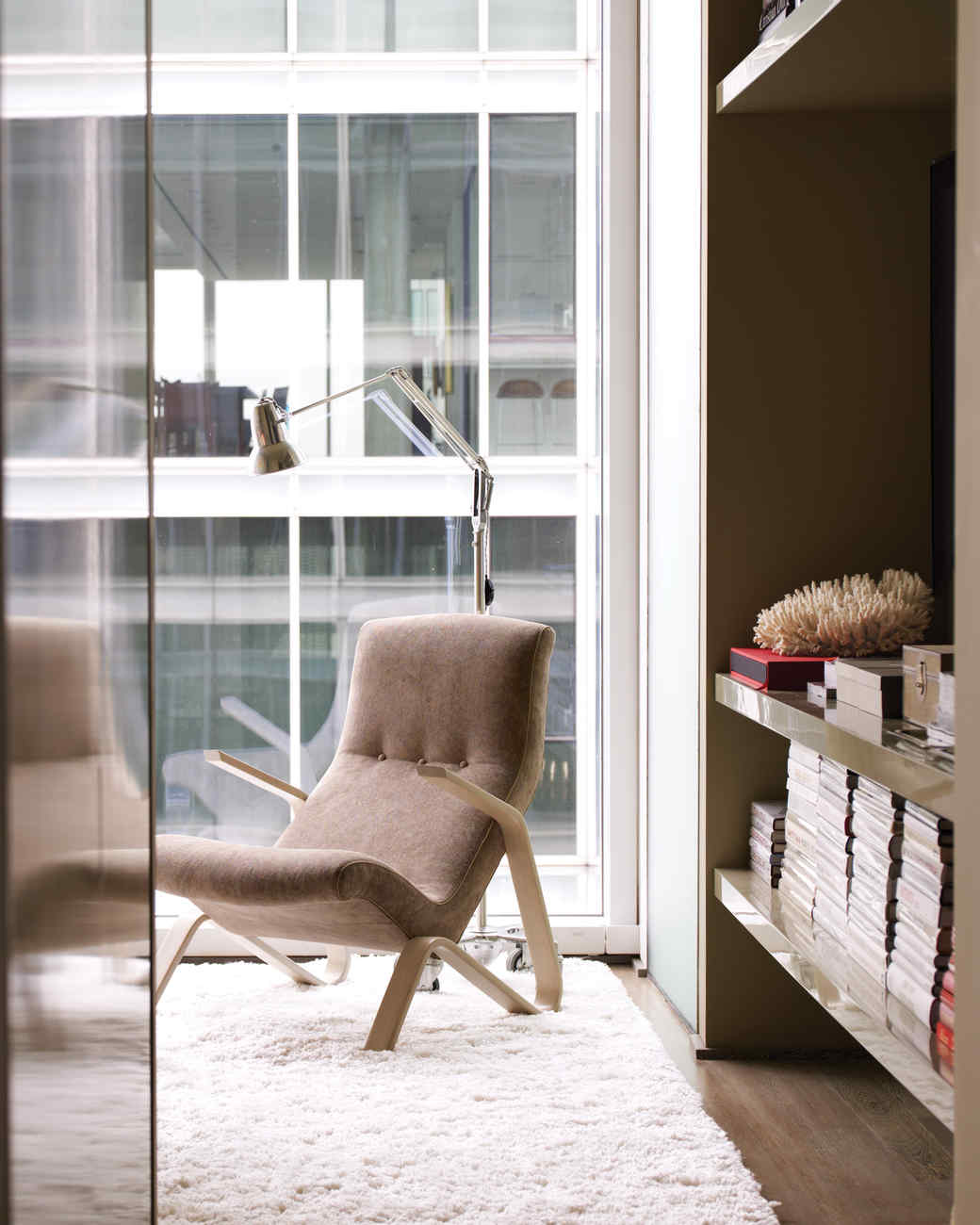 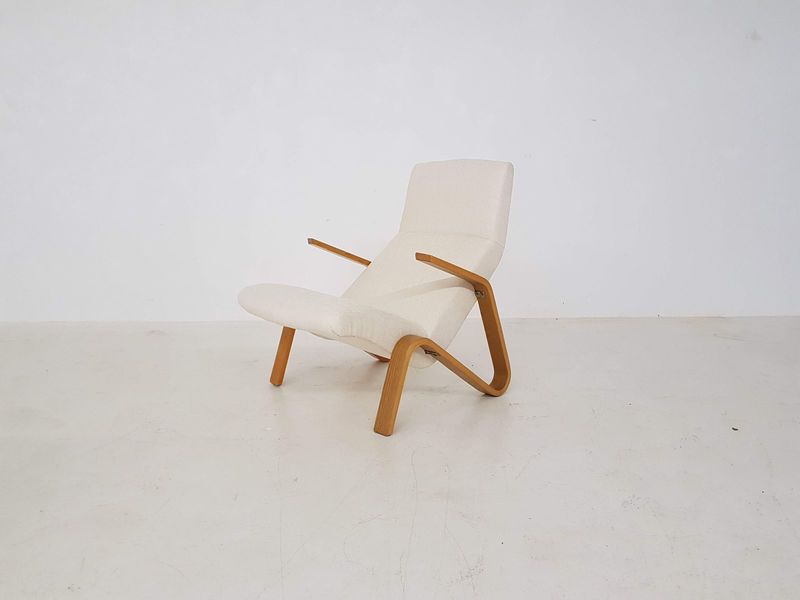 The Womb collection came just a year after. His idea was to investigate just how much comfort could be defined by the shape of the piece. He dismissed the idea of adding cushions to support the lower back and instead focused on the shell of the chair. As he was always given to experimentation, he ended up pioneering the use of fibreglass in furniture development. The Womb chair’s flowing shell is entirely made of fibreglass, moulded over with foam to boost comfort. The result is just heavenly!

Nesting over in the Womb chair feels like sinking into a cloud, making you feel cosy and secure like inside the womb. To this day, the Womb chair continues to be the icon of Mid-century Modern and one of the most famous furniture pieces of the organic modernism movement. 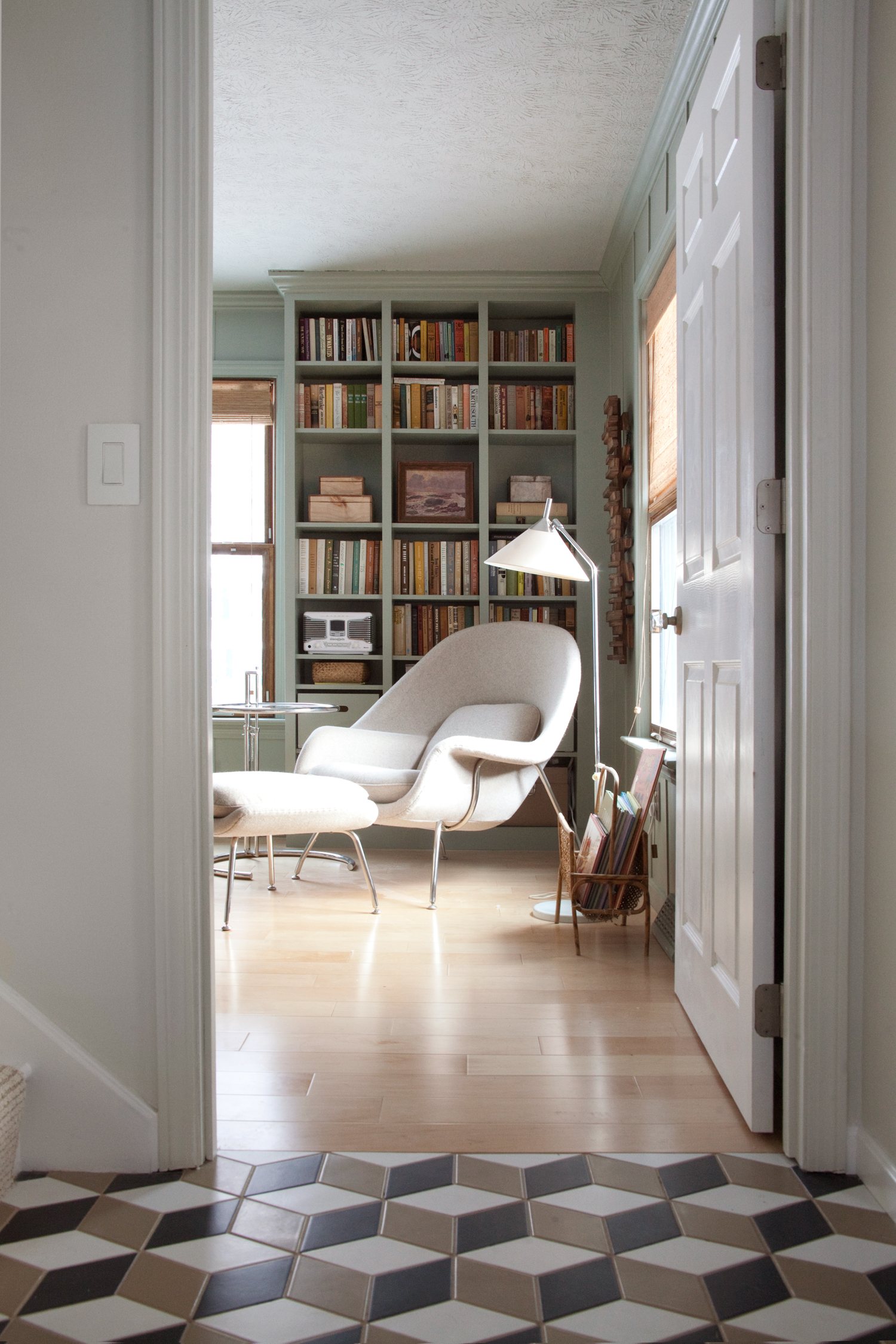 But his most groundbreaking furniture collection has to be the Pedestal Group. The space-age looking Tulip tables and chairs he designed in 1957 pushed the boundaries of modernism in a neo-futuristic direction.

– I wanted to clear up the slum of legs… I wanted to make the chair all one thing again. – Eero Saarinen 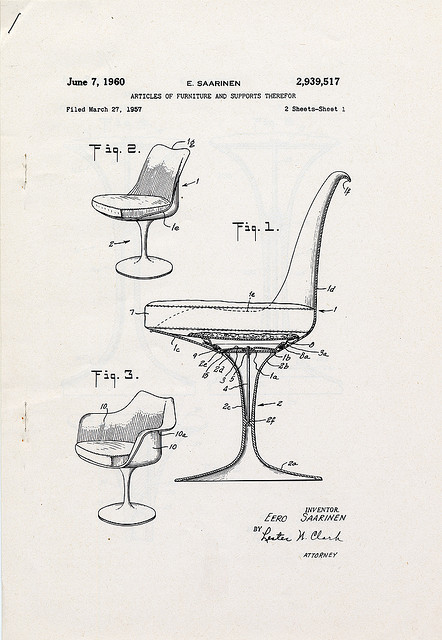 Eero considered the traditional dining tables and chairs as “miserable maze of legs” interfering with the rooms flow, so he pushed for single-legged pieces instead. This time, his material of choice was plastic, and he shaped it to include curvilinear, organic forms he was already famous for across his designs and architecture. The sculptural look of these pieces makes them so distinctive (like a piece of art), but at the same time ubiquitous as they easily blend with almost all popular interior styles.

There are many knock-offs out there, but we would always recommend investing in the real deal as these pieces are real collector’s gems and are built to last. 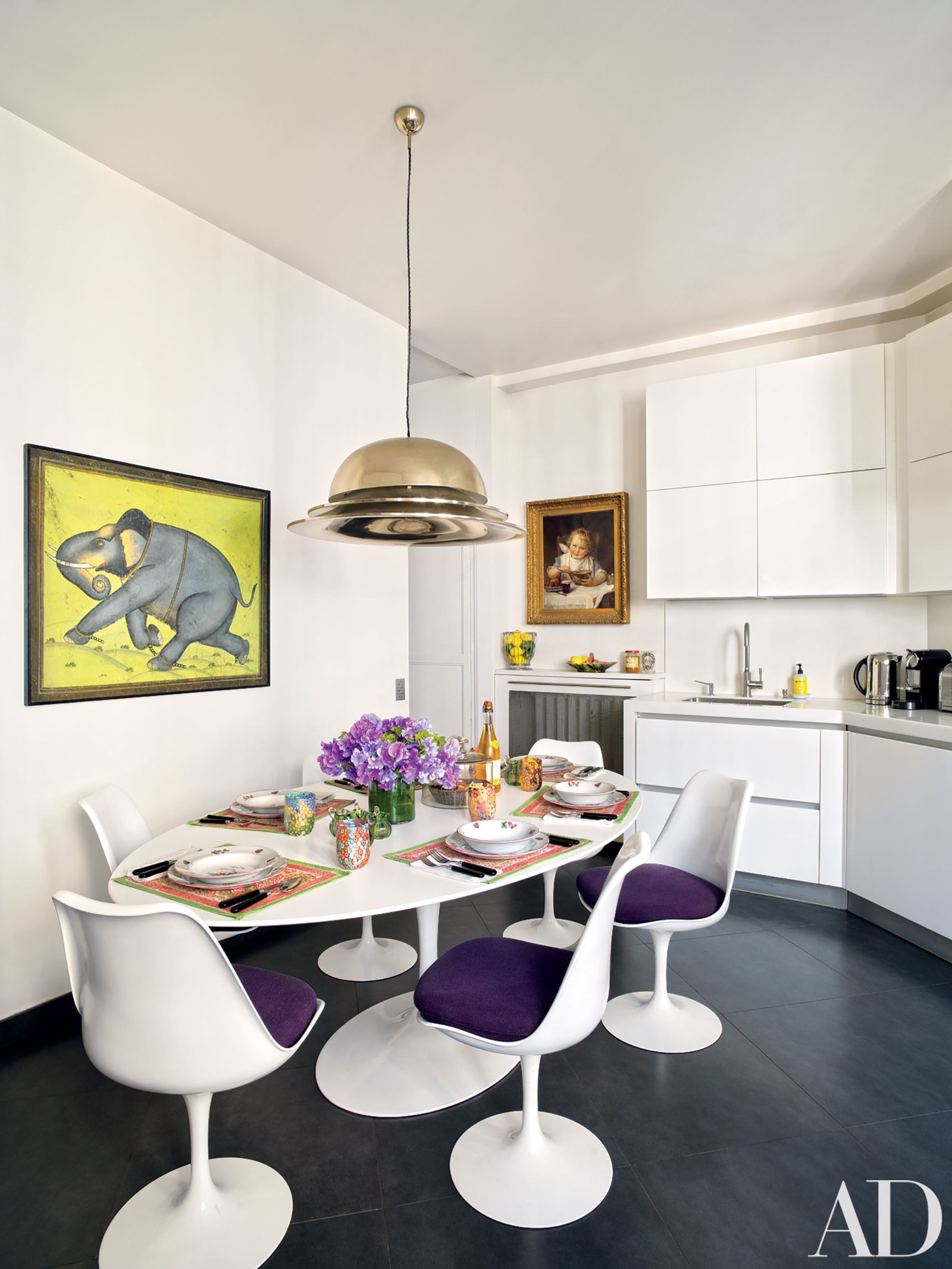 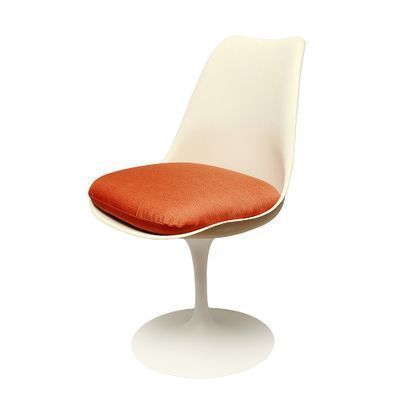 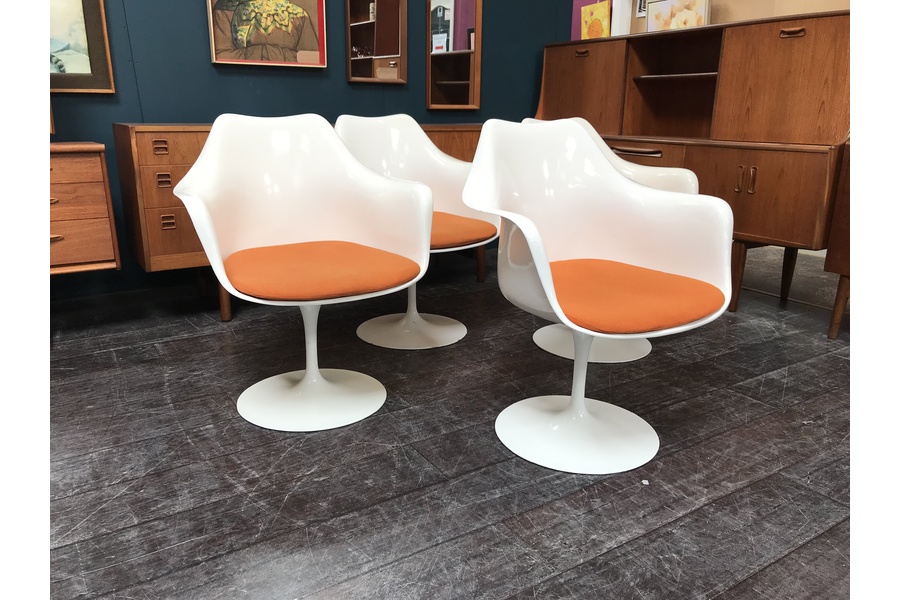 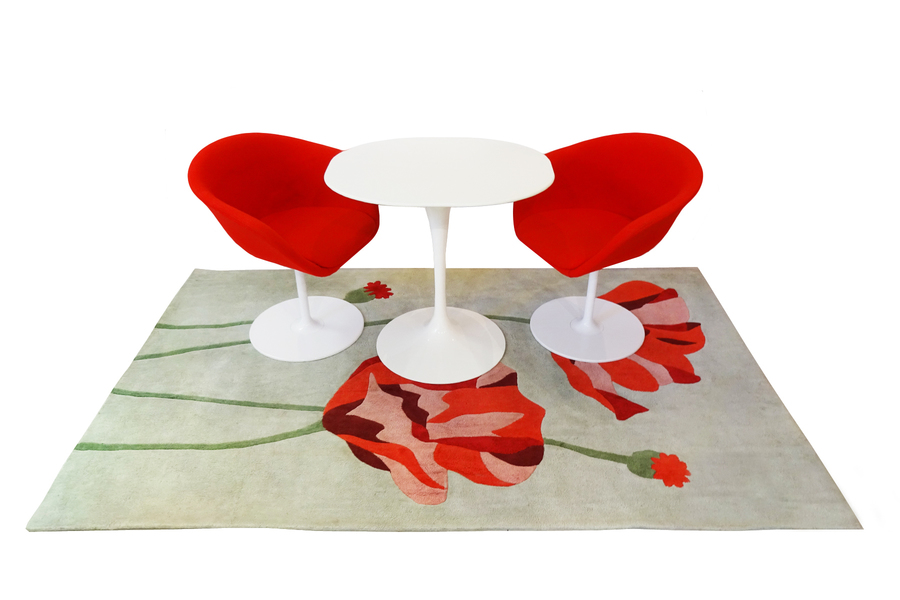 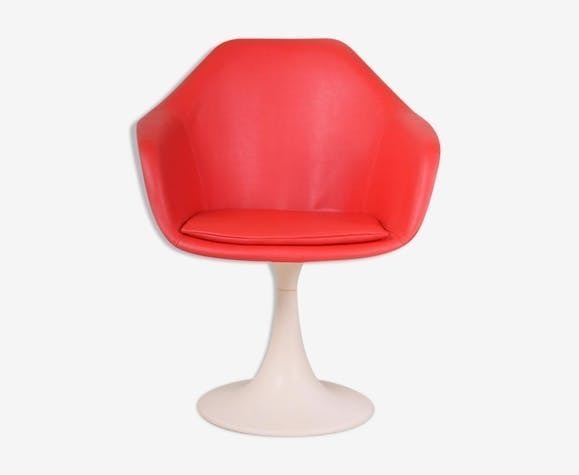 Eero Saarinen’s architecture and furniture show boundless modernism, poetic innovation and monumental simplicity. He was a dreamer, workaholic and a darling of the giant corporations and media. In 1956 he made it to the cover of the Time magazine who claimed: “…of the whole U.S. cast of modern architects, none has a better-proportioned combination of imagination, versatility and good sense than Eero Saarinen.”

But while some of his greatest architecture projects were still in development and receiving harsh criticism from the public, Eero disappeared. He wasn’t able to defend his vision, nor enjoy bringing it to life. At the peak of his creativity, he developed a brain tumor and died in 1961. He was just 51.

But his legacy lives on, probably more powerful than ever.

A study in red, such a delightful antique influenc

Have you developed a green thumb during lockdown?

Inspired by @isabellopezquesada to turn our garden

Matthew Williamson has added a new selection of re

Seeing red with the iconic Panton S chair 📸 via

You can always count on an 80s interior for a mast

Alfresco dining in the French countryside via @hou

Good Monday morning all, welcoming in the new week

Pieces like this pair of dry edge Shepherd And She